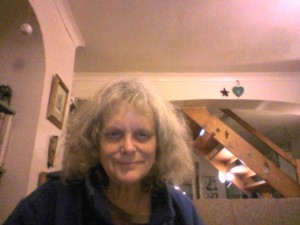 Jean was involved in running astrology camps with Rainbow Circle in the 1990s; and in 2002 became involved with the Wheel of Astrologers who work at Glastonbury Festival and sometimes at other festivals and gatherings.

Jean likes creating astrology gardens at camps and conferences and is interested in the ancient connections between plants and planets.  These connections were known as the Doctrine of Correspondences or the Doctrine of Signatures; and the 17th century English astrologer and herbalist, Nicholas Culpeper, extended the tradition to British flora.  Saxifrage on the left is a herb of the Moon.

Jean is a Fellow of the Association of Professional Astrologers International.